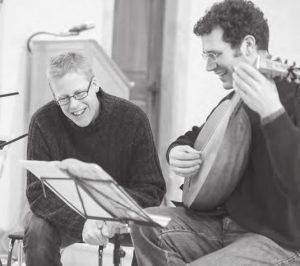 What a unique and wonderful opportunity to share together the music of the most influential composer of the English air.  The first to have his songs published together as a collection, John Dowland was at once a figure keenly aware of a long standing tradition of song publication on the continent as well as a man who sensed his position at the cusp of a new tradition back home in England.  A composer who was able to look back and harness tradition as well as look forward to bring a new style to his work and popularise what we know now as the English lute song.

Although in England there had been previous publications of madrigals and other music for more than one voice – notably by Byrd, Morely and the like, the publication of music for a single solo voice or primarily a solo singer was hitherto unknown in England until the publication of Dowland’s “First Booke of Songs or Ayres” in 1597.  What followed within the next 25 years were not only four more books by Dowland but more than 20 similar books by other composers.

Tonight’s programme spans the range of Dowland’s output – from his looking back at the tradition of French Airs de Cour, to his final expressions, which point the way forward in a wholly Italianate style.  Perhaps we can all benefit by becoming a bit Janus-like in performing and experiencing tonight’s programme! 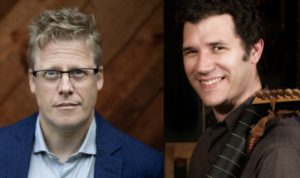